Fintech 2.0 - What Does this mean for Financial Institutions? 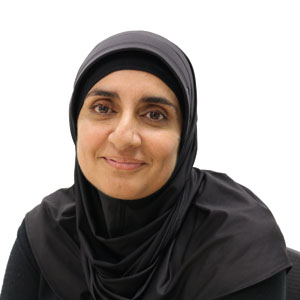 The term ‘FinTech’ has arguably taken the world by storm, but the application of technology in financial services ecosystem is not new. What is new are the possibilities being realized as the industry evolves. As technology rapidly develops and advances, more companies are building upon the efficiencies gained with FinTech 1.0 to be more adventurous, pushing the boundaries of current regulatory frameworks and leveraging emerging technologies to redefine the financial product and services ecosystem.

Entering the era of FinTech 2.0, we’re seeing a progressive trend from purely focusing on making things easier, to focus on true innovation. The question is no longer ‘How can I make this process more efficient?’ alone, but more so ‘Where can we make greater positive impact?’ and ‘How can we add real value?’. This is leading to greater financial inclusion, the redefining of stakeholder roles, and improved customer experiences across the board.

For example the Pacific Financial Inclusion Programme and Rocket Remit are leveraging digital technology and out of the box thinking to offer new products and solutions tailored to a mass market of unbanked communities.

Choice in New Zealand, utilizing the Singapore based Nem.io blockchain platform and participants in the second round of the KiwibankFintech Accelerator, has replaced traditional merchant transaction fees with a small donation that is redirected to a charity, essentially eliminating the need for credit or debit cards at participating retailers.

Japan-based WealthNavi, an automated wealth management service and ‘robo-advisory’ of sorts, is a platform targeted at people aged 30-50 to help them develop their own optimised investment portfolio. In a market where traditionally, cash and FX are king, WealthNavi is providing a step-by-step guide to help users understand the best way to invest their money while hedging risk.

Meanwhile, the rise of crowdfunding platforms is providing businesses and individuals alike with additional funding sources. In New Zealand, micro-lending platform Ta Koha is looking to ensure more diversity in the business community by supporting Maori entrepreneurs, change makers and communities in their efforts to raise capital. There have also been calls for legislative changes to be made in Australia in order to empower SMEs and allow them to more readily access funds that are fundamental for growth.

FinTech 2.0 is firmly placing power in the hands of the customer, and their focus on the greater good, with new financial ecosystem players carefully aligning themselves to the needs of the day. The question that then comes to mind is, what does this mean for banks and traditional financial institutions?

Banks are at a crossroads—it’s clear that they can’t stand still, or they risk losing market share. But what is the way forward? Do they collaborate and/or acquire or dare to go it alone?

Collaboration in particular poses an interesting dilemma. Banks are essentially faced with partnering with and supporting the growth of their competitors. However, while in doing so they offer startups the chance to scale, in exchange, banks gain fresh perspectives and insights into market opportunities and customer demands. This leads to quicker advancements in an industry that has otherwise previously been limited by legacy.

Fintech 2.0 is firmly placing power in the hands of the customer

There are several examples of this-in Australia, the Westpac bank is investing in fintech startups through a $150 million venture capital fund, while HSBC in Hong Kong launched a FinTech R&D lab in 2016, bringing the city’s total to twelve, including initiatives from Accenture and Australia’s Commonwealth Bank. A number of Singaporean brands, including DBS and OCBC have also introduced open banking, enabling third-party developers to access their APIs for greater innovation. A trend that is making its way to Australia and New Zealand.

The result? Very often, a clever application of emerging technologies to solve broader financial challenges and create new opportunities for players in the ecosystem as well as consumers and the public.

From artificial intelligence supporting risk management and fraud detection initiatives; connected devices enabling seamless and tailored processing of procedures and transactions based on an individual’s lifestyle; and blockchain enabling greater trust as well as its application in offering transparency throughout the supply chain; what’s certain is that emerging technologies are rapidly being integrated into financial product and service offerings. With emerging technologies setting a new bar for personalisation and value-add, banks looking to stay ahead of the curve simply cannot afford to ignore them.

However, whether banks choose to collaborate or develop their own offerings, what’s essential is that this innovation isn’t limited by narrow visions of the financial product and service ecosystem or driven by the application of technology for technology’s sake. In our increasingly international landscape, institutions should be proactively learning from other leading markets across the globe, and utilizing resources such as the World Economic Forum’s decision support questions for Blockchain, to identify both good practices to adopt, and approaches to avoid for a more lucrative system for all.

We’re already seeing ideas-sharing taking place– FintechNZ recently hosted a delegation led by the Lord Mayor of London, before sending a group to London FinTech Week. Hong Kong and Shenzhen will be hosting the world’s first cross-border FinTech event later this year. Meanwhile, Singapore’s FinTech festival counterpart is slated to have a pan-ASEAN focus. And larger, traditional banks with often greater reach than fintech startups are well-placed to offer their learnings and insights.

Ultimately, FinTech 2.0 equals change–with customers more empowered than ever before, banks will need to up their game to cater to savvier audiences. The difference is whether traditional institutions embrace the evolution, or whether the evolution forces their hand.

Evolution of our MarTech Economy Part One - Our Markets Leading Us

"A Modern Approach To Martech Is About Consideration & Collaboration"

The Evolution of MarTech

AI is a Critical Step in Quest to Humanize Customer Service