Todd Wilkinson, President and CEO
As online transactions become more common place, financial institutions, enterprises and government agencies have realised the criticality of customer identity verification and online payments. The pace of digitization in identity management has brought these organizations to a cross road, as they find it increasingly difficult to adapt to new technologies and streamlining them with their existing processes. A company with the required expertise to guide organizations out of this quandary is Entrust Datacard. Originally founded in 1969 as Datacard Group, the organization was rebranded as Entrust Datacard after the acquisition of Entrust in 2014. This move officially merged the product portfolios, cultures and visions of two companies, allowing it to offer trusted identity and secure transaction technology solutions, which are tightly coupled to build a complete solution. Entrust Datacard now applies its expertise in three key segments – consumer, citizen and enterprise. Today, Entrust Datacard enables its customers to issue over 10 million physical identities daily, handle over 400 billion online transactions per year and manage billions of electronic identities, including the majority of payment cards and identification solutions.

At the helm of affairs is Todd Wilkinson, President and CEO, who meticulously planned and executed the company’s transformation. Armed with a Master of Business Administration (MBA) and Bachelor of Science (BS) degree from Northern Illinois University, Todd began his career at USG Corporation and later switched to General Electric.
He came on board the Datacard Group team in 2008. Under Todd’s guidance the company has expanded its reach in the payment and information security markets, which, in the past, had included digital photo ID systems, secure high-volume cards, and passport and driving licenses. Today the company has moved in to the digital realm of authentication, certificates and secure communications. “Today, Entrust Datacard matters to the everyday consumer who needs to secure payment information; it matters to the citizen traveling across borders and wants to ensure secure boarder entry; and it matters to the employee who may need to log into a network for work and ensure that company information or their ID’s are not stolen.,” explains Todd.

Entrust Datacard has evolved to become a driving force in helping customers protect their vital identity information and other sensitive credentials. The organization has recently introduced Entrust Datacard Authentication Cloud Service. The Color Label Printing Module for the Datacard MX8100, MX6100 Card Issuance Systems and Datacard DX5100 Card Delivery System are yet its other robust solutions.

“Entrust Datacard has evolved to become a driving force in helping customers protect their vital identity information and other sensitive credentials.”

With business units to cater to Asia Pacific, Japan, Europe, Middle East, Africa, North America and Latin American markets the company also has an extensive network of partners. With close to 2,200 employees in its 34 global offices, Entrust Datacard operates in more than 150 countries. “We have invested more than $1B in research and development over the last decade and plan to invest at record levels over the next five years as well,” Todd adds. By using its deep industry insight and market leadership, Entrust Datacard further plans to concentrate its efforts in payments, identity and credential based solutions. 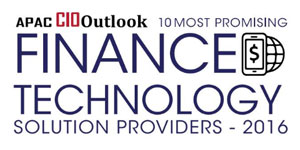