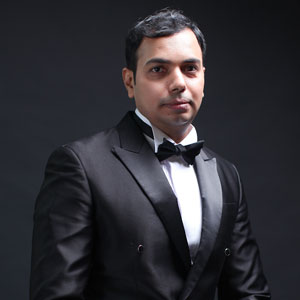 Most flavors of finance offerings get affected by political climate. As I am writing this article, the sequence of events unfolding in Middle East involving Qatar is as interesting as Middle East has been since Arab Spring sprouted in late 2010. Conversely, the banking and finance industry is becoming used to such political shocks perhaps due to their frequency. The United States administrations rhetoric of ‘fair trade’ instead of ‘free trade’ has resulted in expected outcomes on NAFTA, US-China trade, and closer to home on the Trans Pacific Program. Yet trading industry and corporate world always knew free trade agreements are perhaps better named as preferential trade agreements and same would continue on bilateral basis rather than on multi-lateral group basis. The cause-effect relationship sometimes works both ways and financial climate affects political relationships between countries. The US-China and China-Hong Kong relationships are prime examples of such. It would be an interesting topic for another day to hypothesize that underlying to any conflict— political or religious— is economy.

As in the “Random walk along the wall street”, nobody can predict the economic climate but everybody would agree today that it has not fully recovered from the financial crisis of 2008. Interest rates are low yet financiers and regulators are cautious on unsecured lending. There is a big red ocean out there where banks are bleeding while trying to catch the same, investment-grade big fish. Advent of fin-tech was supposed to extend the helping hand to smaller companies but they have largely ignored the credit part of it, or to put it mildly relied on ‘traditional funding models’ which merge into aforementioned red ocean. Countries closer to home, for example India is carrying out her long overdue corporate tax reforms with much hype. A single, common tax on transactions i.e. ‘GST’ would have been introduced by the time you are reading this; just that it is neither single nor common. It would result in initial burden on the corporate especially in tax, accounting and product pricing. Nevertheless, it is a welcome step considering the diversity in the country. Markets are likely to welcome this change or to my original point ‘not give it a damn’.

There is a big red ocean out there where banks are bleeding while trying to catch the same, investment-grade big fish

On the other hand, brave decisions to curb corruption by cancelling big currency notes –rather fashionably called demonetization-has had welcome side effect of boosting electronic payments. Don’t be surprised if the driver of the colorful taxi in India has more rupees in his cell-phone than in his wallet. While some other countries are paving ‘roads’ for regional political dominance using their economic clout, it is not for the first time that a problem of excess capacity, both in production and finances, is addressed by creating physical infrastructure. The west should know it’s only happening for the first time in the East. There have been remarkable improvements in regulatory climate: Singapore , UK, Hong Kong, and India are embracing digitization , fin-techs, and block-chain early on so that they are well prepared. Regulations around trade are easing except for compliance checks which were writing on the wall for some time.

So what ? Does all of the above really affect global trade and thereby trade finance or these are convenient tools to explain changes in what used to be ‘bread and butter’, ‘run of the mill’ business which has essentially transformed into a cyclic business? This is my second point: demand in any country would eventually saturate until the ‘next wave’. Such next wave of demand will need to be shouldered by the next country in-line or ‘created’ inorganically (by war or peace or roads). Until then all businesses will go through a period of slow-down and cross-border trade and trade finance is not averse to it. Cross-border trade is perhaps affected by these cyclical demand forces more than geo-political forces or trade agreements. Such slow down in the trade is first observed in value followed by volume. It results in competition amongst banks including the local banks—newly armed with technology—eager to fight it out with big boys. Some of the banks would eventually find the trade finance not as profitable and divert their capital to elsewhere. The red ocean is then some-what cleared and banks which stayed put with their nets (i.e. right products) deep in the water will catch the next wave.

If you are a strong investment grade corporate; try to remain as you are. If you are a SME, fully utilize your stronger partner in trade to arrange for your financing, explore all government credit programs, export credit agencies, and insurance companies either directly or through your bank. If you are a bank, first carve out your target customer segment and focus on few if your strategy allows for it. Second, create sound credit and legal base for products. In spite of due hubris around technology, credit and legal aspects remain as crucial to banking as Newton’s laws to physics. Second, change your operational mindset; make operation departments your first grade citizens. Only then embark on digitization journey. Do not hope that processes will adjust themselves after technology is in place. Try manual handling products for testing business process change. Digitize first what regulator requires (KYC/AML automation, duplicate financing checks using distributed ledger, automated dual usage goods checks, sanctions checks etc.) this will save the cost of compliance in medium to long term. Digitize second what brings revenue. Make it easier for customers to deal with you. Think omnichannel. Use standard based interfaces to increase ‘customer retention’ rather than proprietary interfaces hoping for ‘customer stickiness’. Then digitize good to have items (OCRs, full blown block-chain usage, API economy etc.). If you are doing these digitization items in parallel and without coherence you are already bleeding money or will bleed money sooner or later. And finally, if you are a regulator, you don’t need a bankers’ advice or a country’s president’s advice for that matter. 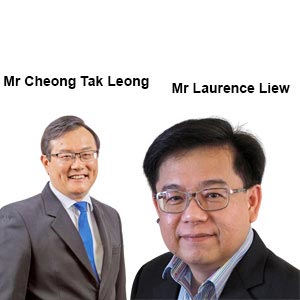 Why Standards Matter for AI and Big Data 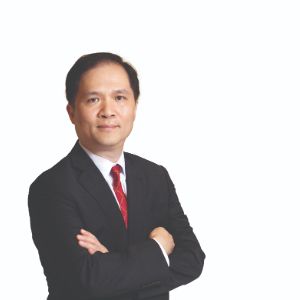 IT Self-Services to Support Digital Transformation

Evolution of our MarTech Economy Part One - Our Markets Leading Us

"A Modern Approach To Martech Is About Consideration & Collaboration"

The Evolution of MarTech